The city’s overrun with mutants. Problem? Not for you. Sunset Overdrive is a playground of post-apocalyptic possibilities. Vault, grind & wall-run while using a deadly & unconventional arsenal. With hyper-agility, unique weapons, & customizable abilities, it rewrites the rules of shooters while delivering an irreverent adventure. 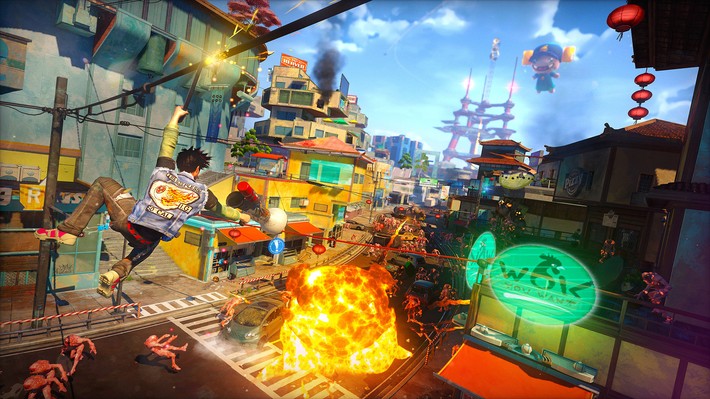 You’re not the only one embracing the Awesomepocaplypse. Throughout Sunset City you’ll run across an eclectic group of factions, each with its own unique style and story. For instance, Troop Bushido, a group of adventurers who now abide by ancient Samurai code. And the Fargarths, live action role-players whose fantasy suddenly becomes their reality. Plus many more memorable characters we don’t want to reveal just yet. Spoilers

You’re only as good as the company you keep, so good thing you keep a fully-stocked arsenal of deadly and unconventional weapons. The apocalypse has inspired you to cook-up new ways to deal with Sunset City’s mutants and other unsavory characters. For instance, there’s “The Dude,” a gun that fires bouncing bowling balls. Or “Turret Copters,” model helicopters strapped with guns for airborne crowd control. And the “TNTeddy,” a weapon that fuses teddy bears and sticks of dynamite. And that’s just a taste 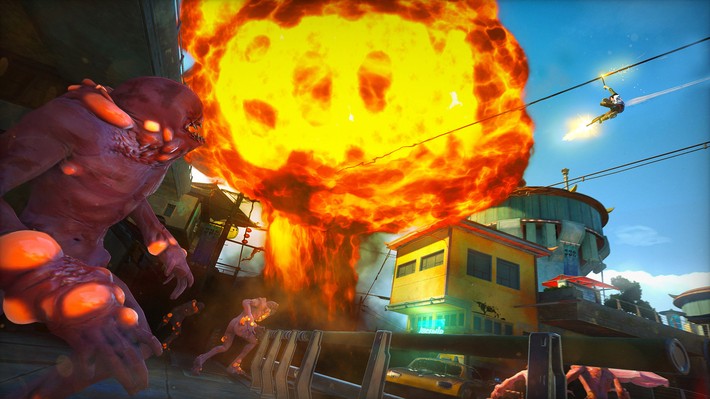 Amps are special abilities you can equip to customize your character. Want to ignite a nuclear explosion? Slap on the “Twist of Fate.” Or use “Tornado Spin” to whip-up a twister with your melee attacks. With over fifty Amps and a vast number of possible combinations, Amps are how Sunset Overdrive lets you be you or at least a version of you that flings lightning and can summon the Grim Reaper

All the rest of that stuff above is useless if you don’t have something to shoot! Well, never fear. Sunset City is filled with vile mutants and knaves. For instance, you’ll face off against the Herker, a beast who hurls smaller OD at you and has a pretty nasty jab when up close. Or the Blower, a ranged mutant who has fused with a leaf blower and spews acidic OverCharge at you from afar. And that’s just a few of the enemies that are going to kill you! But, more on them soon. 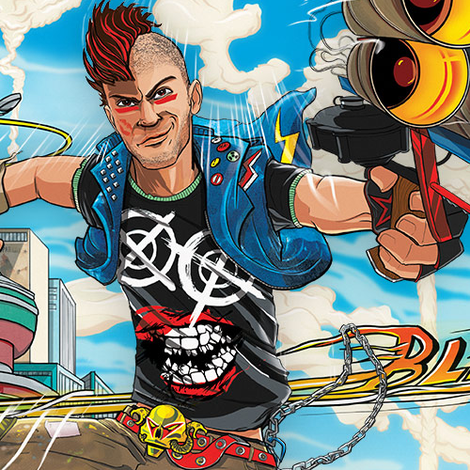