• Will Dragon Age: Inquisition have multiplayer?

• What does the multiplayer in Dragon Age: Inquisition include?

Dragon Age multiplayer is an action-packed dungeon-crawling four-player co-op experience that lets gamers play with their friends for the first time in the Dragon Age franchise.

• Was multiplayer (MP) mode created by the same team that made single-player (SP)?

MP and SP were developed side by side. The multiplayer environment gave us a perfect opportunity for testing combat, creatures, and encounter design, and since the two environments are near-identical, every improvement spread to both parts of the game.

• Will playing MP be required to get the full-game experience?

No. The SP campaign is separate from MP. In SP, you have the support of three specialists who can send agents to missions. MP characters are agents. At the start of a MP mission, you will hear one of the specialists explaining the goal of your mission.

• Is MP going to affect my endings in SP?

No. Absolutely not. Our goal with Dragon Age multiplayer is not to affect your SP campaign. We simply want to give our fans the chance to play with their friends for the first time in the Dragon Age universe.

• Will MP have in-game purchases?

• Why did you decide to add MP?

We wanted to give Dragon Age fans the opportunity to play with their friends for the first time in the franchise.

There will be no exclusive MP achievements. Achievements are one way to keep players engaged, but with Dragon Age multiplayer, we have other ways to improve engagement. We will have a full challenge system implemented at launch, letting you pursue and track dozens of different challenges. Completing a challenge may also give you a reward. The challenge system will also be used to implement weekly operations. Every week, we will launch a new operation. Complete the operation, and you will receive a reward.

• Will people who pay to get that extra edge online?

First and foremost, our goal is to make a fun dungeon-crawling experience that you can play with your friends. There will be no pay walls in Dragon Age multiplayer. Everything is accessible with gold coins. You can use premium currency, but you don't have to.

• How long has your team been working on MP?

• Why four-player co-op instead of a full MP campaign?

In Dragon Age: Inquisition, we wanted to focus on five key aspects: Open World, Story, Characters, Visuals, and Inquisition. We also have a new engine (Frostbite 3), and we had to create many new tools to support the huge amount of cinematics and localization that a BioWare title requires. A full MP campaign would have been another layer of complexity, and we decided it wasn't the right time for the franchise to take on that feature.

• How is crafting different between SP and MP?

Dragon Age multiplayer is about mastering the fight with friends in a party-based adventure, and crafting is a key element of progression. Through crafting, you will be able to create new items that will make you better at fighting. There is some overlap between SP and MP recipes, and some are exclusive to one mode or the other. Crafting also lets you create new armors. If you craft a set of Alchemist Armor, you unlock that character, who can then open up a lot of possibilities on MP missions. You can also craft new armors for characters you already own. They will give your character a new special look but no extra stats. In SP you gather materials through exploration. In MP you salvage items to get them.

• What kind of loot can I get in a dungeon?

You will find gold coins and items (not potions), and at the end of a mission, you can use gold coins to buy chests. They will contain a variety of different items (weapons, weapon mods, potions, runes, armor, etc.). We are developing Dragon Age multiplayer with quick engagement in mind. We want it to be easy to play a round, acquire new loot, and jump back into the action. Now that you have new cool weapons and armor, why wouldn't you try another mission?

• Is any sort of app planned for Dragon Age multiplayer?

BioWare understands that players can expend a lot of time going through their inventory and crafting new items. We also understand that when you are online with your friends, you want to get into action quickly. With these needs in mind, we developed the Inquisition HQ. There, you will be able to access all of your MP characters and their inventory. You will be able to change your loadout, salvage items, and craft new items. You can do all that on the go because it will run on PCs, tablets, and smartphones. We will give more details about Inquisition HQ in the following months.

• Do I get to transfer items from SP to MP? Or vice versa?

In Dragon Age: Inquisition, you are in charge of the Inquisition, and in Dragon Age multiplayer, you control a few agents of the Inquisition. There is no connection between SP items and MP items on purpose. We wanted to make sure that the two economies are separate, which will allow a stronger progression in both SP and MP. If you play Dragon Age multiplayer, you will learn how each class plays a different role in combat, how different skills work, and how your party composition can give you a tactical advantage on the battlefield. This knowledge is transferable to SP, but items are not.

• How do I unlock new characters?

• How many MP characters will be available at launch?

Twelve characters, four for each class (warrior, rogue, and mage), will be available at launch. Characters from the same class can be very different. For example, let's take a Legionnaire and a Reaver. A Legionnaire can handle a weapon and shield and plays the role of a classic tank. Generating aggro and soaking up damage are his main role in a party. The Reaver is a two-handed warrior who focuses more on dealing damage and generating aggro, and her skills can buff herself or the entire party. The Legionnaire and the Reaver are both warriors, but depending on your party composition and your style, one may be more suitable than the other.

• Can I trade items?

No. Dragon Age multiplayer won't have an auction house or another system to transfer items between players. If you are unhappy with an item, you can salvage it and get crafting materials. Better weapons give better crafting materials. You can use these materials craft new items in-game or at your Inquisition HQ.

• What is the level cap for MP?

The level cap for Dragon Age multiplayer is 20. Once you hit level 20, you can promote your character, which will give you an extra attribute point for your MP characters. Promoting a character will also give you more Prestige points for the leaderboards.

• Are you going to release new characters?

Dragon Age multiplayer will launch with 12 MP characters, and we will release new characters after launch. 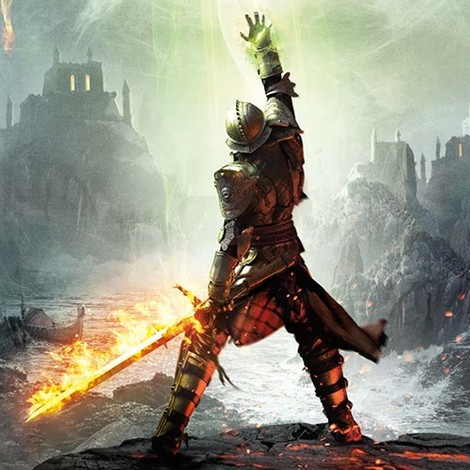